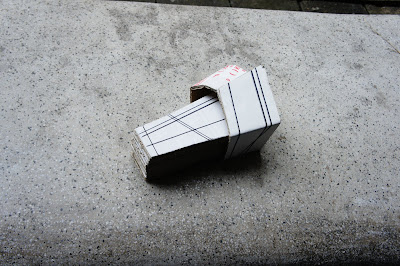 It is fast just by staying still, and even faster just by looking at it 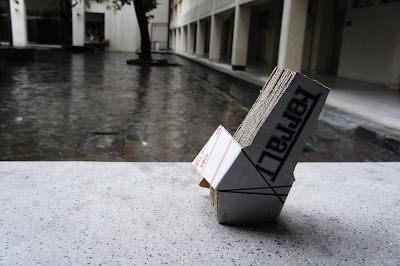 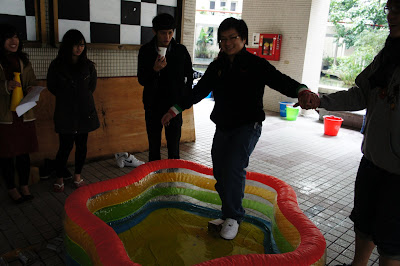 Hold it right there for a cheese in memory 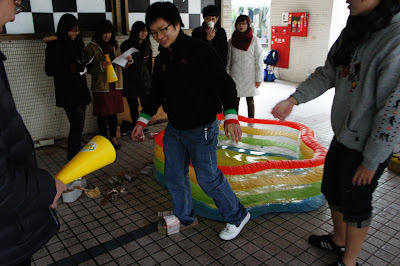 Woahla! a cross over with one paper shoe only

For this project, there are three main important elements we students have to keep in mind, first of them is the weight, then is the overall looks, then finally, the performance of it. After all, the performance is broken into three other elements again, first part would be if the shoe remains in one piece after, second is if the shoe will be soaked, then the third part is if it still looks elegant afterwards. However, from the beginning of the project till the day we tested the product, I though we only had to make on shoe, for one leg only because I expected we would test them in a tiny pool with one of our other leg wearing original shoes, bit instead, there was a massive air pressure pool that can fit around five people in it. I only made on shoe instead of a pair, but I done it with a fine quality, smooth touch, and a complete finish for one. I used thick brown papers used for shipping overseas and moving, with that, I managed to strip it to the form I wanted, and used strong adhesive to glue it nice and steady.

I personally love cars and plans to own some of the greatest automobiles in the world in the near future, so for this product I infused one of my favorite car and its style into it, the Ferrari. Although I did manage to combine the features and its emotion into the Paper Shoe, still can’t deny it from the copying and forgery from the official Ferrari, therefore, for safety purpose, I named my Paper Shoe, the “Ferrali”. The Professor told us that the water level of the pool will be at ten centimeters, but we sophomores and some other students mistaken for the shoe heel to be more than ten centimeters, or we are just being modest… On the day of the test, the weather was freezing cold, way scary and weird than the Winter season in , then supposedly we had to go bare foot for our Paper Shoes and crossing the pool. Luckily, our Professor is so nice that he made Ginger Soup for us, it was delicious, sweet, and very spicy. Our Professor sure truly is a great man and speaks for the heart of his students. On the other hand, I would say the outcome and results of testing the “Ferrali” were positive and successful even though I only made one, but with all my efforts and heart.